The aim of this development was a hybrid mould tool which provides the principles of rapid heating of the fibretemp® system and optionally the function of active cooling. The com­bi­na­tion enables both rapid heating rate at low energy input and an efficient regulation by re­mo­ving the released heat, which is produced primarily in thick-walled components by an ex­o­ther­mic reaction.

The combined use for temperature regulation also allows for rapid cool down of the finished product after curing or consolidation so that the moulds can be reused promptly. 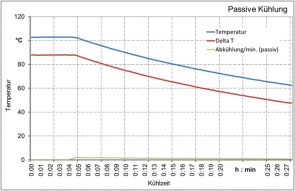 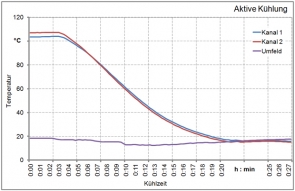